Formed in Leeds U.K. after studying music, this trio of friends began experimenting by fusing the wild sounds of fifties rockabilly, sixties surf and garage rock and swingin’ jump blues. They bring the urgency of early rock ‘n’ roll with new takes on vintage hits as with their original material. Sometimes frantic and unpredictable yet never dull and nostalgic, Hailbails have an impulse to bash out rockabilly influenced tunes wherever it leads them!

Sam plays a mixture of traditional and original material but his recorded output has mainly focussed on his own compositions especially in his later works. His style builds on folk music from the British Isles, Ireland, traditional American music as well as more contemporary styles of Rock n Roll and 50s pop music. Sam mainly plays a 12 string guitar although he also has made many recording playing banjo and occasionally electric guitar.

PENNY AND THE SAUSAGES

Bringing the hits to you, like some kind of crazy human jukebox!

The Brazen are an emerging rock n’ roll band based in Leeds/Birmingham with a growing fanbase, playing their debut show with national powerhouse “This Feeling” in 2017.

The boys draw on shared influences like Kasabian, Kings of Leon and The Stereophonics and share their knack for hook-laden choruses that strike a chord with live audiences everywhere.

Farsley Village Singers started in 2015, they are a group of local people who came together to share their love of singing and to have a bit of fun along the way.  They sing a variety of music from ABBA to Karl Jenkins and everything in between, so you’re bound to hear something that you love in their performance.

The dictionary says “A confused mixture”… we’d rather think of it as ‘An interesting mixture’. Great songs don’t need a defined genre.

Fusing punk, hip-hop and a myriad other influences, Counting Coins have taken their party-starting live shows to venues and festivals all over the UK and Europe.

Since forming in 2009, Counting Coins have steadily built up a reputation for their raucously energetic live shows, stealing the spotlight and getting the crowds bouncing. Whether supporting the likes of Random Hand, The Skints, and King Prawn or as headliners in their own right, they want everyone to have a good time and refuse to take no for an answer!

Ella Playford is an award-winning acoustic singer songwriter, whose songs dive into the depths of themes such as love, loss, life and pain. Her sound is captivating and spine chilling: combining powerful vocals, intricate guitar lines and heartfelt lyrics to create pieces which radiate pure emotion and leave listeners pining for more.

Zach Pygall is a Country and Folk Singer-Songwriter from the North East of England.

Quirky pop with a strong line in comedy storytelling – will we hear “Fly me to the Honeymoon” about a Jet 2 couple consummating their marriage behind a giant Toblerone?

Lisa and Satnam blend British folk and traditional Indian songs with contemporary compositions and arrangements. A weaving of cultures and musical styles.

I’ve liked stories ever since I can remember. My first proper recollection of writing (or ‘when I first started’) was when I was 14-years-old. I was bored in English class, and wrote a poem called Field of Snow. I asked to read it out at the end of the lesson, and when I finished, everyone clapped. And, as weird as it sounds, that’s how it all started.

Phoenix Concert Band is a large wind orchestra with players from Leeds and the surrounding area, led by acclaimed Musical Director, Keiron Anderson. We play a rich variety of music from film and musical theatre to swing and popular classics, and perform throughout the year for local concert seasons, fundraising events and private engagements.

Amazing performances of lift and laughter.

Come and see this year’s creations to entertain you!

Floating, rolling, warping, wibbling, wobbling; our beautiful, larger than life bubbles will capture the imagination of anyone who sees them. Children and adults alike will be unable to resist chasing and enjoying these enchanting spectacles.

DJSchoolUK teaches people of any age how to get started, progress or break into the modern DJ industry.

We are pleased Farsley Festival has been chosen as one of their key showcases this year!

Thank you for the 100s of submissions to our community project! All those fab-bricks are simply marvellous.

Please along come an find your masterpiece and the creation with thanks to Bobenna Design.

Don’t miss our inflatable fun from Breeze or climb to dizzy heights up our 27 foot climbing tower.

N.B. It is Breeze policy not to allow face paint on inflatables, sorry.

DJ School UK will be showcasing their talent in the silent disco tent with the opportunity for you to find out what it takes to be a DJ.

You’ll have the photo-perfect opportunity to find your community project piece constructed by the fabulous Jenna Bobenna as well as getting creative with the return of the popular supersize cardboard city!

Launch yourself towards Red Bill Air Race with their paper plane creation with launch pad and fun too!

Why is Farsley Festival different?…. because every stall holder provides an activity and there’s no actual selling taking place!

“You can have fun without putting your hand in your pocket…unless you wish to of course!“ 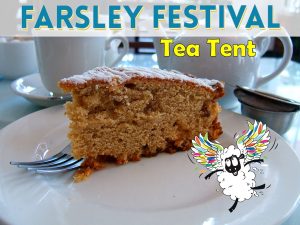 The Farsley Festival tea and cake tent is back!  Please do come along and taste the delights of our local cake bakers plus all money raised goes straight back in to the Festival.

This year we continue to progress towards reducing waste and single-use plastics:

Please do try to bring your own reusable cups.

We have also encouraged our other vendors to use sustainable and recyclable products too.

and of course, the Farsley Festival team… 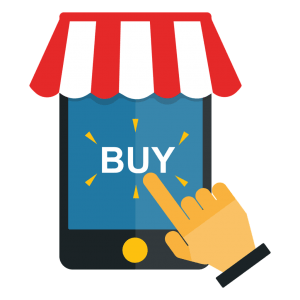